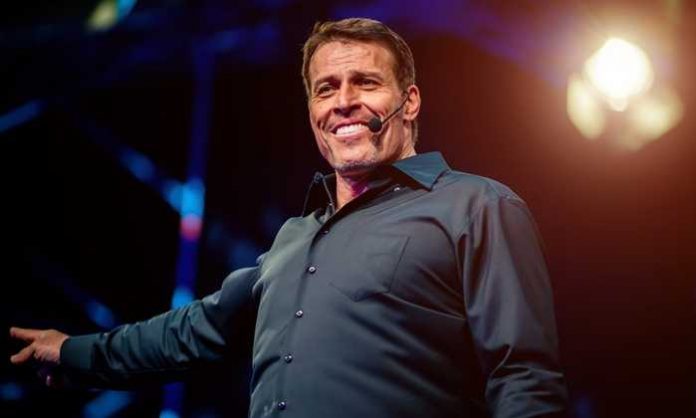 Tony Robbins Wiki – Tony Robbins has created an empire built on the basic idea that we are all the masters of our own destiny. He has published books, held seminars and even been called in to speak for companies great and small, who are looking to motivate and inspire their workforce. More than just a motivational speaker, Tony has incorporated Ericksonian hypnosis into his teachings. Named after psychiatrist Milton Hyland Erickson, proponents of this method of hypnosis believe that your unconscious mind can find solutions to obstacles that your conscious mind cannot.

[ Check out the New Official Tony Robbins Store for ALL of Tony’s popular programs that have helped millions of people around the world.  I personally recommend Personal Power II. ]

Tony also teaches that neuro-linguistic programming can be overcome. Simply put, your behavior patterns create outcomes in your world and if you retrain your mind, you will create different results. Tony’s methods have come under scrutiny, other professionals have sought to discredit his teachings, but through it all, he has had a decades long career and has helped many people find what they are looking for.

With a yearly estimated income of over $30 million dollars, Tony has proven what he preaches; the mind can overcome financial obstacles. A true rags to riches story, Tony started with nothing and has built an industry.

A three day seminar with Tony, can cost $3000.  His current and most popular seminar is “Date with Destiny”

Anthony J. Mahavoric was born in North Hollywood, California. He has two younger siblings, Tara and Marcus. His parents divorced when he was 7 and at the age of 12, Tony was adopted by his stepfather Jim Robbins. Jim was a semiprofessional baseball player who was unable to provide a stable home life. They moved around Los Angeles County quite a bit, creating a very chaotic lifestyle and ultimately, Jim left the family.

At the age of 15, Tony had a 10” growth spurt that was caused by an undiagnosed tumor on his pituitary gland. It wasn’t until 1994, that the tumor was found. Luckily, it had been starved of blood some time earlier and was essentially just dead tissue. Since it wasn’t causing any more trouble, Tony opted not to have it removed. While he was still in high school, Tony’s mother began abusing substances, which left Tony to provide for her and his siblings. He found work after school as a janitor and a handy man. Showcasing early charisma, Tony was elected as student body president when he was 17. That same year, he had a fight with his mom and she kicked him out of the house.

He wanted to be a Major League Baseball player while growing up.  After realizing he wasn’t going to make it professionally, he decided to do the next best thing – become a sports writer.  Tony at the young age of 13-14 wasn’t just writing about school sports, he was writing about professional sports.  He interviewed Howard Cosell and Joe Naismith.  He was offered a job as a sports writer, however, his mother didn’t allow it because she felt like she was losing her son.

[ Check out this great biography on Tony Robbins – BELOW ]

Tony Robbins Education – Did he go to College?

With early aspirations of being a sportscaster, by the time Tony was thinking about college, he was already out on his own. He had to be more concerned about feeding himself and keeping a roof over his head, than finding tuition. He did not attend college or university.

Tony’s career began as a promoter for motivational speaker Jim Rohn. While working for Jim, Tony found his calling, encouraging people to find the fire within. He channeled this passion into a career as a life coach and began holding seminars akin to what his boss Jim had been doing. The hook for his speaking engagements was to challenge the participants with fire walking and breaking boards; things that triggered the ‘I can’t do that’ attitude, which he then helped them overcome.

By the late 1980s, Tony was producing infomercials that reached people all over America. His seminars, books and television appearances made him such a household name that he and his methods were incorporated into the 2001 movie Shallow Hal, starring Gwyneth Paltrow and Jack Black. Fortune 500 companies, celebrities such as Leonardo DiCaprio and athletes like Serena Williams have all sought out his perspective for financial success.

He has written 3 best selling books. The first is titled Unlimited Power and was published in 1986. According to the book, we are capable of rewiring our brains for success or failure. His second book, published in 1991, gives advice on how exercising control in all things leads to success. In 2014, he published Money: Master the Game, which is a tutorial on investing and managing your finances.

Where does Tony Robbins Live?

Tony and his wife Sage have homes in Palm Beach, Florida, Fiji and San Diego, California. They claim their main residence is in Palm Beach. See our article about their houses.

In 1982, Tony married Becky Jenkins, who was a divorced mother of three. The two divorced in 2001 after years of marital turmoil. She has been married and divorced since her relationship with Tony ended.

In 1984, Tony had a son, Jairek with ex-girlfriend Liz Acosta. Jairek graduated from the University of San Diego with a Bachelor of Arts in Psychology. He now works as a motivational speaker.

Tony adopted his first wife’s three children: Jolie Jenkins works as an actress, Josh Jenkins-Robbins is a managing partner of Copperstone Partners, a company that specializes in estate planning, and Tyler Jenkins, who has stayed out of the public eye.

Tony met his second wife Sage a few times in the late 1990s. The two began as friends, but the relationship grew into more while Tony was divorcing from Becky. The couple married in 2001 and are still together.

At the age of 24, Tony met Rebecca ‘Becky’ Jenkins when she sat in the first row at one of his three day seminars. They began seeing each other and engaging in activities that Becky found dangerous, such as skydiving. The two were married for 14 years. Tony adopted the three children that Becky had from previous relationships. He has described the relationship in nothing but glowing terms and talks about how eager he was to jump into the fatherly role for her three children. She has described the relationship as a constant adventure, with Tony always encouraging her to take chances and believe she can accomplish anything.

In 2001, Tony married Bonnie Humphrey aka Sage Robbins after running into her at a few seminars. Bonnie’s ex-husband sued Tony for stealing his wife. She can be seen playing a fan in Shallow Hal. They have no children.

After 14 years of marriage, Tony and Becky decided to get divorced. The relationship had its ups and downs, including a child Tony had with another woman while he was married. He and his wife moved through that trouble and together raised Becky’s children from her previous relationships. Tony has spoken openly about how the two started having different visions for their futures. They stayed together until all of their children were out of school and then parted ways. He is a strong believer that you must live a fulfilling life. Once he and Becky were not feeling fulfilled, the relationship started to degenerate.

Check out my list and reviews on Tony Robbins books and see what ones are best for you.  I describe all the pros and cons and if the book is

I’ve included some quotes in this Tony Robbins wiki below:

“Life is a gift, and it offers us the privilege, opportunity, and responsibility to give something back by becoming more.” – Tony Robbins

“I discovered a long time ago that if I helped enough people get what they wanted, I would always get what I wanted and I would never have to worry.” – Tony Robbins

“A real decision is measured by the fact that you’ve taken a new action. If there’s no action, you haven’t truly decided.” – Tony Robbins

“Your past does not equal your future.” – Tony Robbins

“For changes to be of any true value, they’ve got to be lasting and consistent.” – Tony Robbins

“I’ve come to believe that all my past failure and frustration were actually laying the foundation for the understandings that have created the new level of living I now enjoy.” – Tony Robbins

“Identify your problems, but give your power and energy to solutions.” – Tony Robbins

Check out are awesome article on the BEST Tony Robbins Quotes.

How tall is Tony Robbins?

How Old Is Tony Robbins?

Any conversation about Tony Robbins has to include his charitable endeavors. Truly one to pay it forward, Tony started the Anthony Robbins Foundation in 1991. The foundation currently has programs in schools and prisons across the United States. In addition to raising funds, the foundation encourages outreach to homeless and struggling people in local neighborhoods.

Tony donated the profits from his last book to Feeding America, the third largest charity in the U.S., which is an organization of food banks and shelters. Having grown up with very limited resources, ending hunger is a passion for Tony.  Let us know if you have any questions or comments on our Tony Robbins wiki and Tony Robbins Net worth. 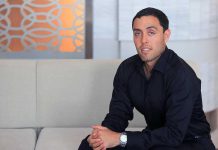 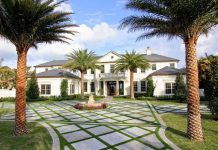