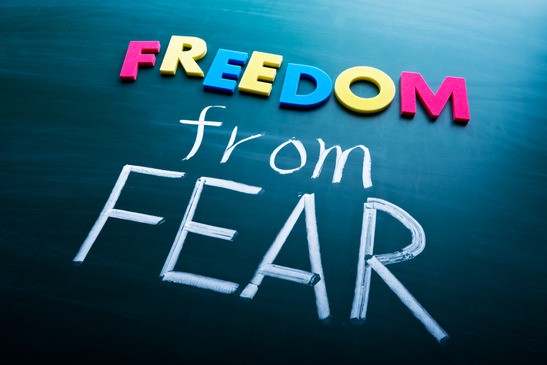 What’s the point of reading fear of failure quotes? When we fail, we usually get discouraged and upset and we become afraid of failing again.  Failure and Success are antonyms in the dictionary, however, their relationship is very close.  We find that the most successful people have failed the most times.  In order to succeed, we need to remind ourselves to let go of our egos and like the act of failing.  When you fail, you gain experience from it and you grow wiser and you learn how to adapt and change things to attempt the same problem from a different angle.

My hope is that this small group of quotes can motivate you to take more risks in your life and to let you reach for your life long dreams.  All we need to do is change our perspective on how we see failure.

Also, If you like these fear of failure quotes, please share and like them with people by using the social buttons.  Your action helps growing this website immensely while helping inspire and motive other people.

Remembering that I’ll be dead soon is the most important tool I’ve ever encountered to help me make the big choices in life. Because almost everything – all external expectations, all pride, all fear of embarrassment or failure – these things just fall away in the face of death, leaving only what is truly important. ~Steve Jobs

I’ve missed more than 9000 shots in my career. I’ve lost almost 300 games. 26 times, I’ve been trusted to take the game winning shot and missed. I’ve failed over and over and over again in my life. And that is why I succeed. ~Michael Jordan

Inaction breeds doubt and fear. Action breeds confidence and courage. If you want to conquer fear, do not sit home and think about it. Go out and get busy. ~Dale Carnegie

It is hard to fail, but it is worse never to have tried to succeed. ~Theodore Roosevelt

We learn wisdom from failure much more than success. We often discover what we will do, by finding out what we will not do. ~Samuel Smiles

In order to succeed, your desire for success should be greater than your fear of failure. ~Bill Cosby

Success is not final, failure is not fatal: it is the courage to continue that counts. ~Winston Churchill

Our doubts are traitors, and make us lose the good we oft might win, by fearing to attempt. ~William Shakespeare

For every failure, there’s an alternative course of action. You just have to find it. When you come to a roadblock, take a detour. ~Mary Kay Ash

Failure is blindness to the strategic element in events; success is readiness for instant action when the opportune moment arrives. ~Newell D. Hillis

The only real failure in life is not to be true to the best one knows. ~Buddha

Success is often achieved by those who don’t know that failure is inevitable. ~Coco Chanel

Half of the failures in life come from pulling one’s horse when he is leaping. ~Thomas Hood

Fear is only as deep as the mind allows. ~Japanese Proverb

My great concern is not whether you have failed, but whether you are content with your failure. ~Abraham Lincoln

Failure is a detour, not a dead-end street. ~Zig Ziglar

I failed my way to success. ~Thomas Edison

Go back a little to leap further. ~John Clarke

Every failure brings with it the seed of an equivalent success. ~Napoleon Hill

They fail, and they alone, who have not striven. ~Thomas Bailey Aldrich

Our greatest glory is not in never falling, but in rising every time we fall. ~Confucius

“What is defeat? Nothing but education; nothing but the first step to something better.”

“One of the secrets of life is to make stepping stones out of stumbling blocks.”

“Don’t fear failure so much that you refuse to try new things.”

“Once we realize that imperfect understanding is the human condition, there is no shame in being wrong, only in failing to correct our mistakes.”

“Most of the important things in the world have been accomplished by people who have kept on trying when there seemed to be no hope at all.”

“Use the losses and failures of the past as a reason for action, not inaction.”

“I am not discouraged, because every wrong attempt discarded is a step forward.”

“Good people are good because they’ve come to wisdom through failure. We get very little wisdom from success you know.”

“The season of failure is the best time for sowing the seeds of success.”

“Being defeated is often a temporary condition. Giving up is what makes it permanent.”

“Think like a queen. A queen is not afraid to fail. Failure is another stepping stone to greatness.”

“The man who makes no mistakes does not usually make anything.”

“The greatest failure is a person who never admits that he can be a failure.”

“Persistent people begin their success where others end in failure.”

“You don’t have to fear defeat if you believe it may reveal powers that you didn’t know you possessed.”

“The most important of my discoveries have been suggested to me by my failures.”

“Failure is the condiment that gives success its flavor.”

“The dream is real my friends. The failure to realize it is the only unreality.”

“Failure is the opportunity to begin again more intelligently.”

“Failure is instructive. The person who really thinks learns quite as much from his failures as from his successes.”

“To bear failure with courage is the best proof of character that anyone can give.”

“Defeat is not the worst of failures. Not to have tried is the true failure.”

“A man can fail many times but he isn’t a failure until he begins to blame somebody else.”

“A minute’s success pays the failure of years.”

“An expert is a person who has made all the mistakes that can be made in a very narrow field.”

“Through perseverance many people win success out of what seemed destined to be certain failure.”

“We are all failures – at least the best of us are.”

“Failure is only the opportunity to begin again, only this time more wisely.”

“Failure is unimportant. It takes courage to make a fool of oneself.”

“People who make no mistakes lack boldness and the spirit of adventure. They are the brakes on the wheels of progress.”

“No one ever won a chess game by betting on each move. Sometimes you have to move backward to get a step forward.”

“We learn wisdom from failure much more than from success. We often discover what will do, by finding out what will not do; and probably he who never made a mistake never made a discovery.” 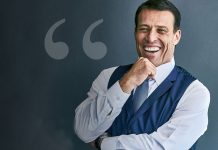 The Best Tony Robbins Quotes to Help Inspire and Motivate Yourself 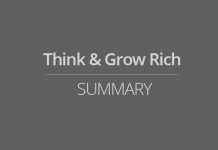